PAWTUCKET, R.I.--(뉴스와이어) 2019년 09월 11일 -- Today, Hasbro, Inc. is introducing the first-ever game in the Monopoly franchise that celebrates women trailblazers with Ms. Monopoly. The Ms. Monopoly game marks the first time in the franchise’s history where a new character will grace the cover - and while Mr. Monopoly is a real-estate mogul, Ms. Monopoly is an advocate whose mission is to invest in female entrepreneurs.

Ms. Monopoly was created to inspire everyone, young and old as it spotlights women who have challenged the status quo. To celebrate, in lieu of Monopoly winnings, Hasbro surprised young female inventors and entrepreneurs with the recognition they deserve -approximately $20,580 in REAL money to fuel their inventive spirit and further their projects - which just so happens to be the same amount of Monopoly money featured in the game. You can see all of their reactions to the surprise here. All of the young inventors come from very different backgrounds, but with a common goal to help others using their inventions:

· Sophia Wang, a 16-year-old from Connecticut invented a device that can detect sinkholes before they occur, and after two years of work, her prototype is now 93% accurate. She is hoping to get it patented and in the hands of communities in Florida that are vulnerable to sinkholes.

· Gitanjali Rao, a 13-year-old from Denver came up with an invention that helps detect lead in drinking water so that individuals can do the test themselves and get results sooner. Her goal is to create an inexpensive, easy to use, portable device so that people all around the world can use it.

· Ava Canney, a 16-year-old from Ireland, invented a spectrometer that measures the amount of dye in candy and soda. After studying the harmful effects of additives in our food, Ava set out to help people make educated decisions about the toxins they put into their bodies.

“Through the introduction of Ms. Monopoly and the money these young women have received to invest in their future projects, we want to recognize and celebrate the many contributions women have made to our society and continue to make on a daily basis,” said Jen Boswinkel, Senior Director, Global Brand Strategy and Marketing, Hasbro.

Hitting shelves in mid-September, Ms. Monopoly gives new meaning to the franchise, as properties are replaced by groundbreaking inventions and innovations made possible by women throughout history and instead of building houses, you build business headquarters. From inventions like WiFi to chocolate chip cookies, solar heating and modern shapewear, Ms. Monopoly celebrates everything from scientific advancements to everyday accessories - all created by women.

Ms. Monopoly is also the first-ever game where women make more than men - a fun spin in the game that creates a world where women have an advantage often enjoyed by men. However, if men play their cards right, they can make more money too.

Ms. Monopoly is available for pre-order now at Walmart and will be available at most major retailers nationwide and in select countries globally starting September 2019 for a suggested retail price of $19.99.

Hasbro (NASDAQ: HAS) is a global play and entertainment company committed to Creating the World's Best Play Experiences. From toys and games to television, movies, digital gaming and consumer products, Hasbro offers a variety of ways for audiences to experience its iconic brands, including NERF, MY LITTLE PONY, TRANSFORMERS, PLAY-DOH, MONOPOLY, BABY ALIVE, MAGIC: THE GATHERING and POWER RANGERS, as well as premier partner brands. Through its entertainment labels, Allspark Pictures and Allspark Animation, the Company is building its brands globally through great storytelling and content on all screens. Hasbro is committed to making the world a better place for children and their families through corporate social responsibility and philanthropy. Hasbro ranked No. 13 on the 2019 100 Best Corporate Citizens list by CR Magazine, and has been named one of the World’s Most Ethical Companies® by Ethisphere Institute for the past eight years. Learn more at www.hasbro.com, and follow us on Twitter (@Hasbro) and Instagram (@Hasbro). 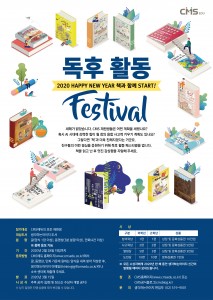